Building a business on solid foundations

Ryan Harris has been running his Auditel franchise for just over 12 months. And it’s been quite the year!

Leveraging the skills and knowledge from his former career, Ryan has built a portfolio of construction-based clients in a strategy that’s successfully capitalising on the market. In addition, he’s championing a brand-new initiative for the Auditel network with the aim of helping other Franchise Partners increase their business performance alongside his own.

Prior to joining Auditel, Ryan, now 43, worked as Operations Director, responsible for several construction businesses of a large conglomerate. After eight years in the role, a family tragedy left Ryan reassessing his priorities: “It was the usual story of becoming disillusioned with my position. I wanted more for myself and my family. The catalyst was my dad’s illness – that sort of shock ends up making you assess your choices in life. I decided that I wanted to do something for myself and, having spent close to a decade running a group of companies, I felt I could use my experience and skills as an independent business consultant. So that’s what I did.”

Like many who take the plunge alone, it didn’t take Ryan long to realise that things weren’t quite going according to plan. Thankfully, he already knew that the solution lay in franchising: “I was finding it difficult to get traction because I didn’t have much in the way of credibility. I remembered that, when I was Ops Director, I appointed Auditel to do some work for me. I became friends with the Consultant, Dean, and he’d told me about the franchise. I realised that being a part of something like Auditel would give me the credibility and the brand presence that I could never hope to have as a one-man-band.”

Founded in 1994, the Auditel consultancy service was pioneered to help UK organisations make effective and informed procurement decisions. Auditel Consultants work closely alongside FDs, CEOs and business owners throughout the UK as a trusted business advisor. Delivering new perspectives and insights for clients, they help to drive change and increase profitability, competitiveness and growth.

To confirm his compatibility with the business, Ryan was careful to conduct thorough due diligence on a number of other franchise opportunities, not just Auditel: “I looked at other white-collar franchises but Auditel still came out top. As a former Ops Director, there’s not an aspect of business that I wasn’t involved with. I was worried that with a more specific, role-focussed franchise, I’d lose some of those skills over time. Auditel gave me the opportunity to be an all-round business consultant, not a one-trick pony.”

“The people were a big part of why I chose Auditel too. It didn’t matter who I spoke to, they were honest and open, and I never got a sense that I was being sold to. My father passed away during my research and they were very supportive through what was an incredibly difficult time. You can’t help but think, ‘these are the kind of people I want to work with.’”

Ryan launched his business at the start of 2018 and hasn’t looked back since. Whilst training got him off to the best possible start, he found the support from head office and his fellow Consultants to be invaluable.

“The support I’ve received has been outstanding. I’ve called on head office so much – not because things were wrong, but because I was asking for assistance for the out of the ordinary! They’ve helped me develop tools that have enabled me to secure projects that I might not otherwise have done. A lot of mentoring goes on within the network – even in the last 12 months, everyone has become more focussed on collaboration. The dynamics of the business landscape are changing, and by being able to sell ourselves as a real collaborative force, we’re innovating in the business consultancy arena.”

After just one year at the helm, the benefits that Ryan hoped his business would bring for himself and his young family are beginning to materialise. And he’s confident the financial rewards aren’t far behind: “Coming from a senior position as I did, you’re never switched off. There’s been much more freedom and I know it sounds cliché, but you really are the master of your own destiny. I’ve been able to be more involved with the kids and even simple things like being able to go for a walk on the beach at midday make a massive difference to your sense of satisfaction and balance.”

“My plan has always been to target construction-based companies and make that my niche. It’s working well. My goals for the future are to expand in this market and help Auditel as a brand to develop tools and systems so that more Consultants can benefit from the opportunity that there is to be had in this industry.”

In recognition of his achievements and his outstanding contribution to the network, Ryan was crowned Auditel’s 2018 ‘Newcomer of the Year’: “I’m leading a new initiative in commercial resales which aims to help other local Consultants increase their performance alongside my own. After a pretty rigorous process in London, I was accepted as an Acquisition Investment Manager with a national firm. Now, if there’s a business in my area for sale, I’ll be allocated to oversee the project. My plan is to tie Auditel into that process as a secondary income stream. Receiving my award was a very proud moment. It’s humbling to be recognised amongst a network of your peers, all of whom are impressive individuals in their own right.”

For anyone thinking of following in his already impressive footsteps, Ryan has some important insight: “My advice would be to really assess what your skills are and think about how they are going to help you get through the door with clients. If you can use your business consultancy or sales skills to get in, the cost saving projects come naturally on top of that.”

Ryan’s background in construction is a prime example of the broad range of professions, commerce and industry from which Auditel Consultants hail. The combined knowledge, skills and expertise in the network means that, by working together and leveraging the power of supplier relationships and tools, Consultants help their clients to become more productive; improve cash flow and increase business efficiency.

To find out more about how Auditel can help you achieve the career you want, please contact us to request a prospectus, or directly on 01962 893068 or recruitment@auditel.co.uk. 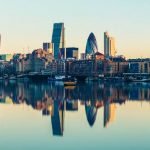 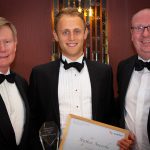